Catriona January 1, 2022 Capital structure Comments Off on It’s hard to ‘take it to the next level’ when No 10 is always going after everyone | Philippe Inman 2 Views

What does the ownership structure look like for IsoPlexis Corporation (NASDAQ: ISO)?

Are you looking for multi-bagging machines? Antique Stock Broking sees 100% rise in these 16 average stocks

Michael Gove, in his new role as cabinet butler and minister in charge of ‘leveling up’, is on the verge of spending significant intellectual and political capital in an attempt to bridge the gap between the South East and the rest of the world.

Upgrading, as # 10 tells us over and over again, will be the Johnson administration’s defining achievement and 2022 is the year efforts to transform heavily neglected regions begin to gain momentum. With that in mind, Gove is set to release a white paper that describes how the government plans to tackle this gargantuan task.

The prospects for a major engagement across Whitehall so far appear slim. The Chancellor, for his part, wants to make sure that whatever Gove wants comes without new money. Recycling is popular in government, especially when it comes to money.

Gove’s response appears to be a renewed focus on the bureaucracy supporting the regions. He launched a project to bridge the geographic gap between the metro mayors who run most of England’s major cities with a new concept of American-style regional governors.

Nothing suggests emulating the neocolonial mini-whitehouses that house governors in most U.S. state capitals – just a network of elected leaders capable of reducing regional inequalities and spurring growth across the country.

Gove’s mistake here is his apparent determination to join the list of reformers who focus more on structures than desired outcomes.

One advantage he can claim as he prepares to confront the many entrenched and powerful interests in the counties (which dominate the Tory party apparatus and will oppose governors) is the lack of agreement among political opponents. on an alternative to the structure he is proposing.

The madness of government control, with ministers accumulating power rather than giving it away, is overwhelming

Labor and the think tanks that fuel the ideas of shadow ministers agree on one thing – that additional funds and powers should be vested in Whitehall. But they haven’t found an alternative system of local democracy to rally around since John Prescott’s proposal for regional assemblies was crushed in a referendum held in northeast England over 25 years old.

And there is a good reason. As Prescott discovered, additional levels of government appear to the public as public service employment programs. Even the most discerning governors can quickly look like job vouchers for those who see themselves first as taxpayers and second as citizens.

The work is rightly more concerned with issues Gove wants to avoid, such as how to foster more productive regional economic engines based on collaboration of public and private capital.

Access to private capital in the North East, North West and South West of England, where lack of funding cripples corporate ambitions, is far more important than having a dynamic governor.

And what about health and education outcomes, which have improved in leaps and bounds in London and the South East over the past 20 years, as standards have stagnated or declined in other parts of the country?

From the mayors-elect of George Osborne to the planned overhaul of Gove, debates about the effective and functional management of English territory have always taken precedence over questions such as how to determine and represent local political identities in a way that increases levels of participation, accountability and legitimacy. These issues underpin economic success because they give individuals and communities a sense of respect and control.

Gove wants the final model for the whole country to be London, which he says under Labor and Tory mayors set strategic goals, giving coherence to the revitalization and regeneration of large parts of the capital .

“Whether you are Andy Burnham or Andy Street, Jamie Driscoll in the North East or Dan Jarvis in Sheffield, it is clear that more power should be delegated. But the madness of government control, with ministers accumulating power rather than giving it away, is overwhelming. “

Economic studies show that only a higher degree of self-reliance can generate higher and more sustainable growth rates, and that such progress is only seen over long periods of time. So why should anyone trust Governors when the role model for them, the Mayor of London, is cut to the knees, deprived not only of the money to do something meaningful, but with Whitehall down his neck ?

If Gove cannot strengthen local democracy and accept all that entails, then governors and many other things he proposes will be the front for an administration that is leveling down. 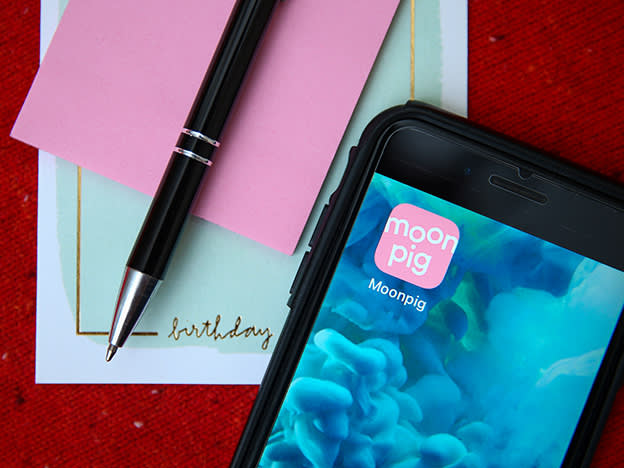 A good time to bite into Moonpig